Oww it was an exhausting adventure which some misdirection (ok who listed the venue wrong!?) but wow it was an awesome time at the Retro Gaming Expo in Vancouver. That was so much fun and nostalgic at the same time. This is an one day expo dedicated to all things retrogaming include vendors selling vintage gaming devices and games for the N64, old Nintendo system, Playstations of ALL generations, Dreamcasts.....I think you know what I mean....and Retro Gaming Tournaments. Managed to score my self a pair of game (FreakyForms ad Disney Magical World) from the vendorshall and I came dressed as Oswald the Lucky Rabbit! Oswald is Mickey Mouse's older half brother (was created by Walt Disney BEFORE Mickey Mouse  in the 1920's) and Co-Star of Epic Mickey


Man it was a packed theater! 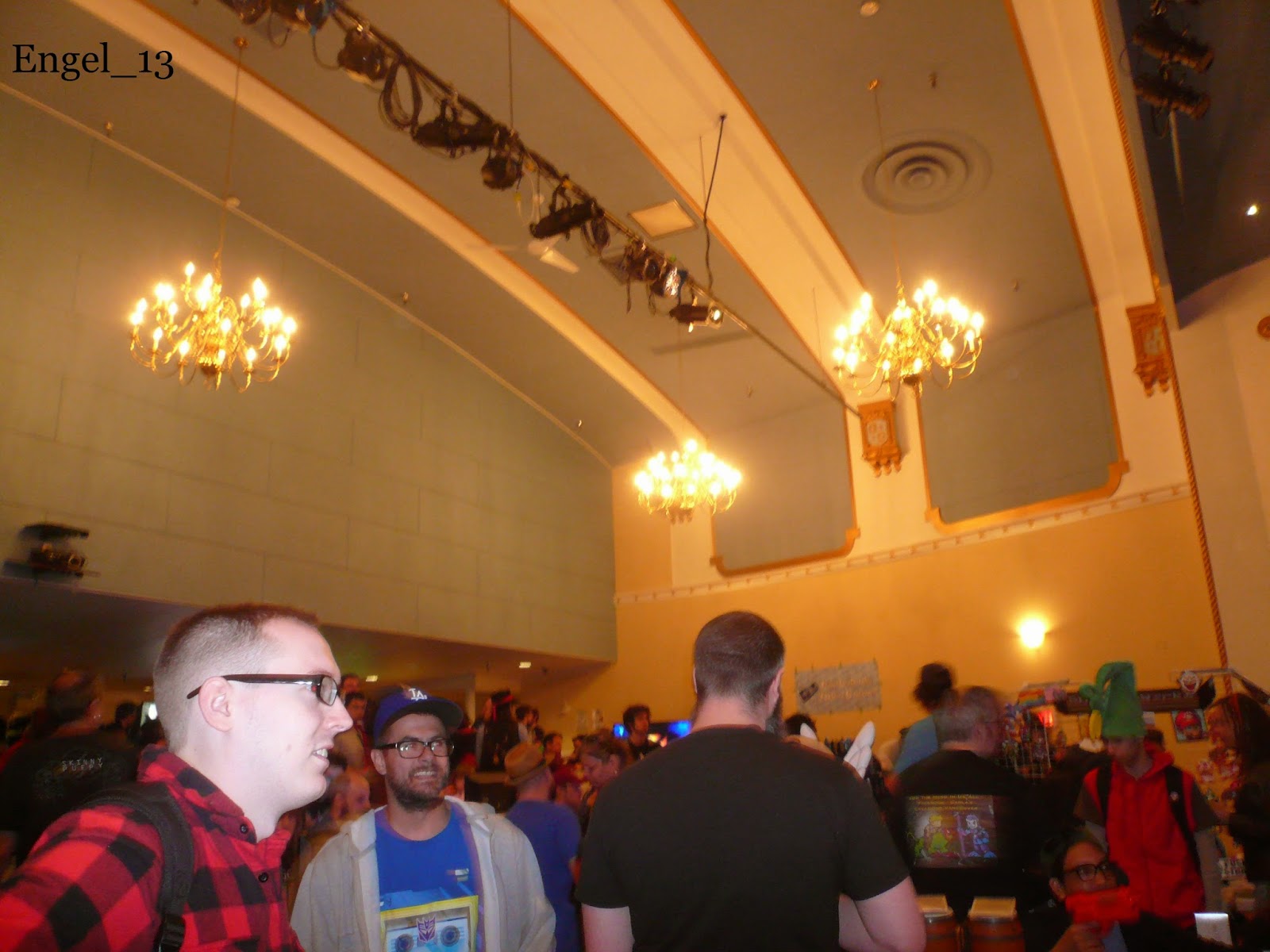 Well the one retro gaming tournament I entered was Mario Kart 64. Wow I haven't played Mario Kart in a long while...let alone on the N64 but had fun with it anyway...and apparently I still instinctively still remembered how to play and the controls....and some how managed first place in round one with a 9 second lead O_O....wow I think the guys were kind of surprised too. I even remembered the spots where I kept crashing in the old days  ^_^.Actually I was kind of surprised I was doing well...even a friend I bumped into was cheering me on in round 2 hehehe thanks. Well got knocked out in the 4th round...still had fun ^_^.....I hate Yoshi's Valley! <--Very colourful language in the old days with this course!

In addition, another game I played with was a live demo of an upcoming indie game called Tumblestone.


Being a fan of action-puzzle games I had to try. I give this one a very good score. The demo was 4 player set up and I say it was fun and felt easy to "pick up and go" based on watching other players. Plus liken the "humor" and art style....Sausage Kings really???? HAHAHAHa I'm guessing comedy is on the plate! The basic rule...clear the board by collecting 3 blocks of the same colour or esle....BOOM more blocks to deal with which gets kind of frantic-fun when playing against other people. Hehe this game looks very promising and I hope the release goes well for this team.

Artist Alley and Vendors were good...small but good. Got a pokeball soap (with a toy inside) for Clean Geeks. HAhah loved the soaps these guys were selling...the game cartridges looks so real apparently people were messaging the artisan on "it won't fit into my console". Thought the products were a unique fixture in any artist alley.
Check them at here --> Clean Geeks

...and a Print of Ecco the Dolphin. Loving the humorous art style of this print. Wow didn't expect Ecco...I wonder if anyone esle remember. If you were that artist please feel free to scream!!!

Well that was my funtimes at the Retro Gaming Expo...see ya next time!
Posted by Engel Dreizehn at 9:07 PM